AWARD WINNING
Wrongful Termination
Attorneys
Contact Us Now For a Free Consultation
$11,000,000 Sexual Harassment
$6,000,000 Whistleblower Retaliation
$2,100,000 Retaliation
$1,500,000 Age Discrimination/Defamation
$1,390,000 Disability Discrimination
COVID-19 UPDATE: The Aarons Law Firm, APC remains open remotely to serve our community and assist them with their employment law needs. We can be reached via the contact form on the site, email, phone, and meetings can be handled virtually through video teleconferencing. Click here for information on what rights employees have related to the COVID-19 pandemic.

One of the most stressful and life-changing experiences someone may encounter is suffering from discrimination, harassment, wrongful termination, or other misconduct in the workplace. This is especially true when an employee has dedicated substantial time and effort to their occupation. It may be difficult to know what to do in this situation, but the knowledgeable and aggressive employment attorneys at The Aarons Law Firm can help Los Angeles residents and other workers throughout Southern California protect their legal rights, assess their options, and pursue justice that they deserve.

An older worker with an exemplary record is replaced or demoted for no apparent reason by someone significantly younger. An employee is subjected to harassment based on their gender, how they speak, or the clothing they wear to the workplace. While many California workers may feel they need to put up with such circumstances and get on with the business of getting their work done, people subjected to such an environment may not be aware that state law takes a broad view of such behaviors and provides protections for employees working under such conditions.

California and federal laws provide protections to employees from many forms of discrimination. These include adverse treatment based on an individual’s race, gender, disability, age, national origin, religion, and other characteristics. According to the Americans with Disabilities Act, for example, an employer is prohibited from discriminating against an employee who has or is perceived to have a disability or condition. In addition to this rule, employers have a duty to provide reasonable accommodations (with some exceptions) to disabled workers and to engage in an interactive process with the employee in order to find possible accommodations.

Employees are protected from sexual harassment in the workplace under both federal and California laws. Both the federal Equal Employment Opportunity Commission and the California Fair Employment and Housing Act have defined sexual harassment broadly to include verbal statements like slurs, jokes, and derogatory comments, as well as physical gestures and criminal actions. Courts generally examine the totality of the circumstances that occurred at the workplace, including the frequency, severity, and context of the conduct. An employment attorney in Los Angeles can help you determine whether you should bring a claim and craft a strategy on your behalf.

Generally speaking, the employment relationship between employee and employer in California is at-will. To prevent an employer from terminating employment of someone for reasons discriminatory in nature, though, California law includes protections in the event termination is based on a protected characteristic such as race, nationality, religion, age, or other classes. California law also prohibits employers from terminating employees for complaining about an unsafe work environment, unpaid wages, fraud, threats to the health and safety of patients, and other complaints about unlawful activities in the workplace. The Equal Employment Opportunity Commission (EEOC) is tasked with investigating allegations made by employees of discrimination. The Department of Fair Employment and Housing oversees investigations of discrimination, harassment, and some types of retaliation in the state of California. Claimants are to follow a specific protocol to see that their rights are protected.

The Equal Employment Opportunity Commission (EEOC) is responsible for investigating complaints of retaliation. Retaliation is broadly defined by the EEOC. Workers who have reported illegal activity, experienced or witnessed sexual harassment or discrimination, resisted sexual advances, or been involved in or filed an EEOC investigation are protected from retaliation. An employer may still discipline an employee if related to their job performance and neither retaliatory nor discriminatory in nature. A Los Angeles employment lawyer can use California law to protect workers against retaliation that is discriminatory in nature. Retaliation can include micromanagement of an employee, disciplinary actions for no reason, denial of training, and other actions.

Employers are prohibited from punishing employees who take medical leave for themselves or other specific family members, such as leave under the Family Medical Leave Act (FMLA), which provides for 12 weeks of leave, provided that certain eligibility criteria are met. Employers are also required to reinstate an employee who has taken a qualifying leave to the same position or to a comparable position if their preexisting position is no longer available. The California Family Rights Act (CFRA) also provides for medical leave. Certain conditions must be met to be eligible for such leave, including how long the employee has been working for the organization.

California also provides additional protections and leaves for pregnancy, childbirth, as well as lactation accommodation. For example, under the California Pregnancy Disability Leave Law, a woman who is disabled by pregnancy (i.e. needs to be on bed rest due to high-risk pregnancy or other complications) may be eligible for up to four months of protected leave. This is in addition to the three months of baby bonding leave provided under the California Family Rights Act. Plus, a pregnant woman may also be eligible for an extension of her leave due to pregnancy related disability under the California Fair Employment and Housing Act. The interplay between these three different laws provides numerous protections for pregnant women as well as leave for paternity leave.

Laws protect whistleblowers serving in various capacities and under a number of circumstances. Healthcare professionals, including physicians, nurses, and medical assistants may file a complaint regarding patient care, medical facility conditions, safety, and other matters. An employee discovers that their employer might be misusing government funds or defrauding the government. A person employed by a publicly-held company determines that shareholder fraud has occurred or that federal laws have been broken. Whistleblowers can find themselves facing disciplinary actions, demoted, or out of a job entirely, so it is best for a person in such a position to speak with an employment lawyer in Los Angeles promptly.

Gay, Lesbian, Non-binary, and Transgender individuals also receive protections in the workplace. The State of California makes it illegal for employers to harass or discriminate against an employee based on their sexual orientation, gender identity, or gender expression. Protections also apply to dress codes, use of appropriate restrooms, and name and pronoun usage in the workplace. A transgender person subject to misuse of the name and pronoun of their choosing may have a valid harassment or discrimination claim and may be awarded damages if their employer has been found to have broken the law. Prohibited activities also include demotions and denial of promotion.

Some survivors of sexual abuse are so traumatized, afraid, anxious, or ashamed that they cannot effectively process what has occurred and delay seeking treatment and legal assistance. California has some robust laws on the books to address instances of sexual abuse, but it is important to take action in a timely manner. Otherwise, the right to file a lawsuit may be voided and the opportunity to recover damages missed. Delay in reaching out to a legal advocate may weaken a case, as detailed memories of the abusive behavior can fade from memory over time. A discussion with a skillful, compassionate lawyer is a good first step.

Explore Your Options with an Experienced Attorney in Los Angeles

If you have been subjected to sexual harassment or discrimination in the workplace, or feel as though you were wrongfully terminated or retaliated against, the knowledgeable Los Angeles employment attorneys at The Aarons Law Firm are prepared to fight for your rights. We have counseled workers in many Southern California cities, including Encino, Calabasas, Tarzana, Sherman Oaks, Woodland Hills, Glendale, Los Angeles, Ventura, Riverside, San Bernardino, and Burbank. Call us at 818-794-7100 or contact us online to set up a free appointment with a lawyer to seek assistance with an employment or sexual abuse claim. 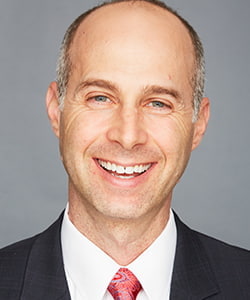 Shannon H.P. Ward Trial Attorney
SEE PROFILE
Client Reviews
★★★★★
”What can I not say about this guy? I had an issue regarding employment law and out of the gate, he was attentative and not trying to over talk me! All of my questions were answered and his advisement was second to none! Secondly and unlike other attorneys, my needs were more important than fees! Kudos to Martin!“ Personal Client
★★★★★
”Martin is an amazing attorney. It was great having him in my corner, as fear isn't part of his vocabulary. Intelligent, tenacious and trustworthy--never wavering or accepting anything less than justice. If you need an employment attorney then I recommend you give him a call.“ Employment Client
View More
Submit a Law Firm Client Review
Contact Us